Roofing Decisions We Need To Make

August 16, 2013
I normally like to spend my money on pretty things for the INSIDE of the house and my patience for spending money on FIXING my house is running thin.  My intention for writing this post, and one of the reasons for writing this blog, is so other people can learn from my experiences--the good and the bad.  There are many mid-century homes out there with low-pitched roofs, like ours.

When we purchased our home in August, 2010, we were told it had a 5 year old roof.  30 year GAF architectural shingles.  I had just put a new roof on my old house and I was pretty happy that I wouldn't have to address that again for a long time.  Plus, this house needed so much TLC that I was relieved that wouldn't have to redirect my funds towards a roof.  Or so I thought... 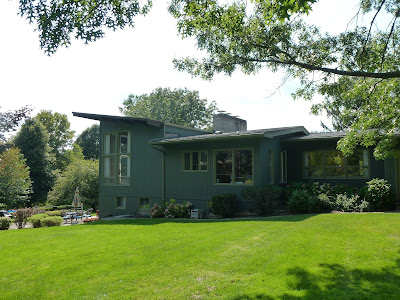 We had our home inspected as is customary in real estate--the inspectors spent about 4 hours and actually caught a lot of problems, including alerting us to the rotten wood on the screen porch and the siding--and we got a fair bit back at closing to go towards fixing those issues.  But the roof was given a "Good" on the inspection report.  They missed the fact that the pitch is probably too low for shingles, or that the roofing job that was done was poor.  And I didn't know that the roof pitch was low and the impact that would have so I didn't think to ask. 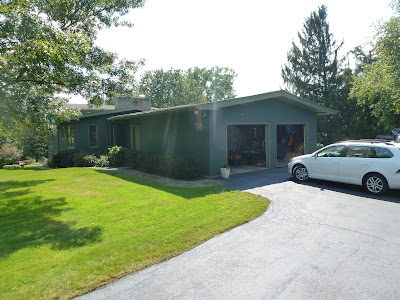 The previous owners gave us the paperwork to the roof on closing and it showed that the roof had been installed in 2005.  It also had a piece of paper slipped in there that showed the roof had at least one problem and that another roofer had been hired to re-flash around the hood in the kitchen.  Ominous. 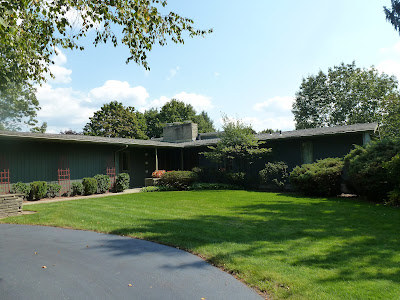 The  problems started for us with ice damming over the winter of 2010-2011.  It was a particularly "bad winter" and we got over 120 inches of snow.  Here was the summary of that winter from the National Weather Service


I chalked the ice damming problems up to the fact that it was a very bad winter and to "getting to know the house".  From that point on,  we made sure to use the roof rake to get the snow off the roof.  (For those of you in more temperate climates, ice damming is a problem that those of us in high snowfall areas have to worry about.  Basically, it's a problem with lack of insulation and venting of the roof.  Snow melts and refreezes in the gutters, forming ice that backs up onto the roof and under the shingles.)

Then spring finally came in 2011 and it rained BUCKETS for weeks on end.  We had so much water coming in the foyer that we had to use 3 buckets at once to catch it.  It resulted it this damage to our original grasscloth.

Fortunately my insurance company covered the damage and I used the money to get the roof fixed over the foyer.   We had about 5 or 6 roofers come out to fix our roof and we had trouble getting a quote from anyone--they all said that the roof needed to be replaced.  They said that the shingles weren't installed properly on this low of a pitch--which is 2/12 or just under.

Finally, we found someone who was willing to fix the area above the foyer (along with some other work) so we thought we were going to be ok for awhile.   We were wrong.

We have plugged (aka caulked) leaks in the valleys of the house, next to the fireplace, 2 leaks in the garage (not near any flashing) and in a soffit area outside my daughter's bedroom.  We have had water come through two of the recessed lights in the family room and the "repaired" kitchen hood.  My husband and father have caulked so many areas of the roof.  I joke that our roof is held together by bubble gum.  Basically, I cringe every time in rains.  Here is some other nice damage photos.

The company that put on the roof is non-responsive.  I consulted an attorney a couple of years ago.  We have two choices:  We can sue the person that we bought the house from but we have to prove that they knew about roof problems when they sold it and didn't disclose it.  Or we could try to sue the inspector.

The person we bought the house from was the original owner and I don't think he tried to deceive us intentionally.  Besides, my conscience wasn't going to let me sue a guy in his 80's.

Our inspector is protected by so many caveats in the contract that the likelihood of winning a case was low, so I opted not to go that route.

Basically, we will be funding a new roof.  Ourselves.  Ugh.

In the last two years, I've done extensive research into roofing and contractors.  And I've consulted an architect for his opinion on what we need to do with the roof.  At this point, I know way more than the average bear about roofing--something that is coming in quite handy when talking to roofers.  I've interviewed 6 of them--their answers and the architect's view are the subject of my next post.
flat roof mid-century roof